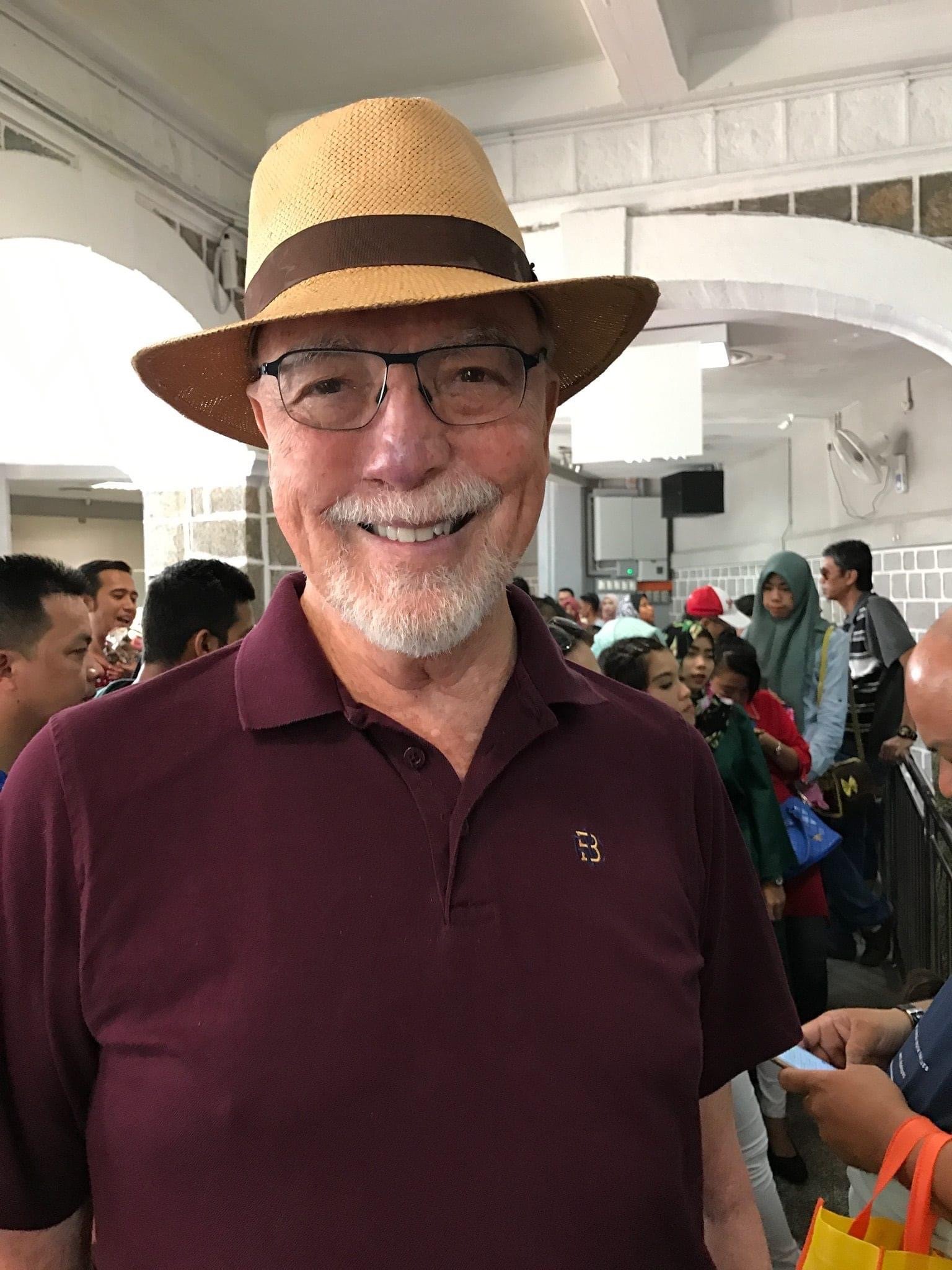 On Living and Leading, by the Johnny Appleseed of Shrimp Farming

My father passed away on November 4th, amidst the anxiety of election night. In many ways, I have been waiting for that call most of my life. Diagnosed with terminal cancer in his 30s when I was still quite young, my father had been living on “borrowed” time for the last 40 years. Despite this, or maybe because of it, my father lived life to the fullest, traveling the world, sharing his brilliance, changing lives, and building the industry he helped to create. As one of his colleagues shared “An extreme optimist that mixed likeability and serious academic and technical skills [Ed became] what I will call the Johnny Appleseed of shrimp framing, spreading modern shrimp farming worldwide.”

Since his passing, I have been reflecting on the lessons I learned from my dad. I have sat with the messages coming in from people around the world who were impacted by my father. As I read about my father from the lens of his colleagues, I am struck by what an incredible leader he was in his field and to the people he engaged with. He is broadly recognized as a pioneer in aquaculture, but he is also remembered as an incredible friend and mentor to the next generation of scientists, inspiring and developing some of the leaders in the field today.

As I sit with the comments people have shared about my father’s life (like the ones in the tribute here), it does not escape me that the man they describe exhibited the leadership qualities that I, as an executive coach, encourage my client’s to explore. My father had many attributes and was well known for his passion, optimism, and wicked sense of humor. Below all of that was a man who lived with mission, vision, and courage.

Here’s what my dad taught me (and others) about living and leading with impact:

FIGURE OUT WHAT YOU CARE ABOUT

My father was driven by a mission. He loved science and he believed he could use it to create a difference in the world. “Ed’s passion for science and shrimp drove me into the industry and it wasn’t until many years later I realized how I was mentored by one of the greats. I am forever grateful that he showed interest in my professional development.” He would often say to me that his work and research wasn’t just about shrimp, it was about creating a sustainable source of food. As a scientist, he was passionate about the potential to build a protein-rich food source and economic opportunity in developing countries. My dad spoke of the farming communities they had built where a livable wage and opportunity for advancement were created. He would share photos of the infrastructure that was introduced to communities and the families that were benefiting from their projects. He took responsibility for building the future of the industry and saw developing and inspiring future scientists as part of his purpose. His work was about so much more than himself.

My father was, above all else, a visionary. He was the founder of several companies that advanced the field and transformed the evolving industry.  He was not constrained by what others believed was possible – he believed in his ability to make new possibilities and to recruit others to come along. As one former colleague shared: “His ability to see things under a different light inspired an entire generation of shrimp farmers to find unorthodox solutions to persistent problems.” He looked for opportunities over problems and he used his skills in service of creation. His vision drove him and inspired others and he recruited many onto the side of possibility. His passion and optimism made him a catalyst for opportunity and his humility and heart made him a cheerleader for others as he included them as part of his dream.

Much of our time and effort is spent protecting our sense of identity, trying to please others, or attempting to control other’s perceptions. What if we could let that go and lead from a place of purpose and possibility; from a place of creating impact beyond ourselves versus in service of protecting our sense of self? As I look back on my father’s career, he was first diagnosed with cancer just as his career was taking off. For the next 40 years, my father received multiple life-threatening diagnoses (a fallout of the toxic treatment that originally saved his life). I believe that living with the imminent possibility that his time on earth may be limited drove my father. Like most of us, my father struggled at times with playing it safe and protecting his sense of self, but he recognized that life was uncertain and risky and that was even more reason to “go for it”. “Ed was a risk-taker, a gentleman, a pioneer. Never commonplace, always coming at you from left field with a fresh way to look at things. Always original and unconventional to the point of irreverence, Ed was a visionary and an original thinker.”

And just because it captures him so beautifully, one last quote: “Ed had a wicked sense of humor and a presence that was magnetic – you knew when he entered a room – but he also had a humility about him and the ability to make anyone feel comfortable and that what they thought and had to say mattered.”

When I step back and look at my father in this totality, in who I knew as a father and how others knew him as a leader, I see how authentically he lived and led. Perhaps his health challenges were a blessing to him. He lived as if tomorrow was not guaranteed and, as a result, he did not wait to create impact, work toward a vision or share his passion with others. I have been asking myself lately how I might live or lead differently if I knew my time was limited; if I had nothing to lose but the chance to live out my mission and vision. What risks might I take? How much bigger might I play? I offer that up to you as well and challenge us all to live our life a bit more like my dad, the Johnny Appleseed of Shrimp Farming.

I work with leaders to create breakthrough results and achieve individual and organizational excellence through executive and team coaching and facilitation.
Schedule a Call